Cross country: one hill of a sport 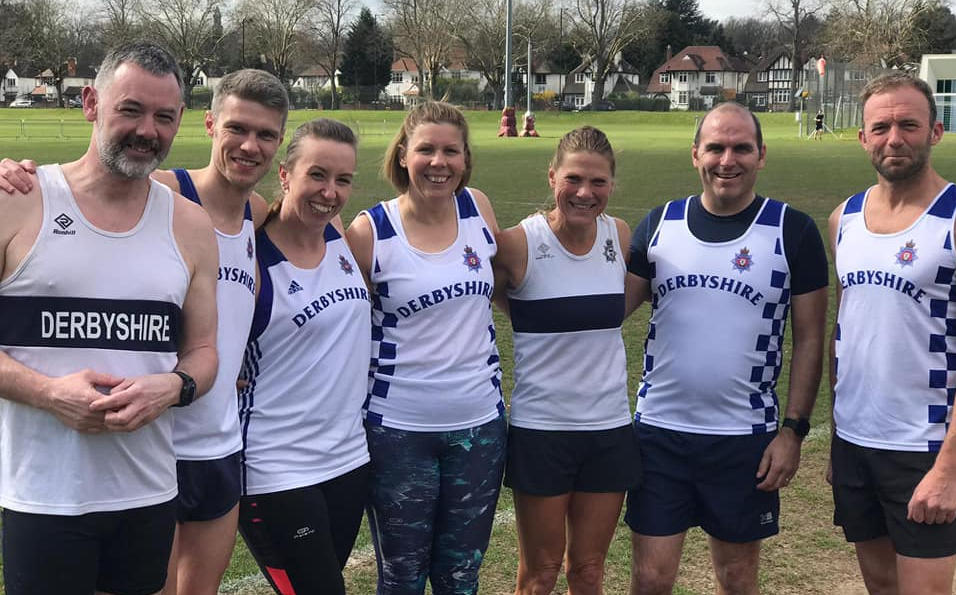 Your lungs burn, your heart pounds, your legs are heavy and you are ankle deep in mud. The rain is stinging every exposed piece of flesh. The wind batters your face and you swear inwardly (sometimes outwardly) as you approach the bottom of yet another incline.

You crest the top and fly downhill, only to be faced with another climb. Your heart sinks. Yet you keep going. One foot in front of the other. Just keep running. You’ll soon be at the finish line, where awaiting you is a nice, warm drink, a handful of biscuits and the warmth of your car. No hot showers, no bath. And this, ladies and gentlemen, is why we love cross country!

From resplendent sunshine and roaming deer in Leicestershire, snow and ice in Northamptonshire and torrential rain in Derbyshire, the 2018/2019 Midlands Police and Services Cross Country League has had it all. For anyone not familiar with this competition, this is a 10-race, 11-team league contested by police and emergency services personnel from across the Midlands, including ourselves.

Distances range from five to seven miles with varying levels of terrain, from grass playing fields to woodland paths and open parkland. Runners need to complete seven of the 10 races to claim a final league placing.

Once upon a time, Derbyshire was the team to beat, although the decline in numbers versus the operational demands we face has undoubtedly had a detrimental impact on the police running fraternity in recent years.

However, this season has been really encouraging in terms of new faces. Throughout the season, a total of 17 different runners have donned the Derbyshire vest, including nine debutants, which is fantastic and goes to show that running is still very much alive and kicking.

We have also had the most successful season in recent years, certainly the best season since I took the reins in 2013 with numerous race wins and age category prizes for Derbyshire runners, not to mention winning the league overall. The league runs from October to March and is completely free to Derbyshire Police Sports Club members. No pre-entry is required, simply turn up on race day and run.

The season finale is always the PSUK National Cross Country Championships, which is contested by police personnel from across the UK. This year’s event was brilliantly hosted by Lancaster Police with all four Derbyshire runners running strongly. Next year’s event is to be hosted by Norfolk Police and will take place at Thetford Forest.

Although cross country is our bread and butter, we also take part in other events throughout the year. In May we take part in the British Police Fell Race with this year’s event certain to be tough as we’ll be tackling Moel Eilio in Snowdonia. In June and July we take part in the Derwent River Relays (4 x 5k) and the Hairy Helmet Relay (4 x 2 miles). These are open events and not exclusive to police runners. In August we take part in the PSUK Track and Field Championships, where again we have had lots of success, particularly in the field events.

And, if all of this isn’t enough, we have recently set up two running groups under the Jog Derbyshire scheme, at HQ (The Butterley Road Runners) and Derby (The Parkway Plodders). We offer running opportunities for runners of all abilities from complete novices embarking on the Couch to 5K programme to experienced runners. There is something for everybody, regardless of previous experience.

For more information on running with the Force, please contact me – DC 2936 Shaun Bott – or DC 2655 Claire Croll who are both qualified run leaders through Jog Derbyshire. Alternatively, why not join our closed Facebook group? Search ‘Derbyshire Police Running, Athletics and Triathlon Section’ and request to join the group or join either of our Whatsapp groups by contacting me or Claire. 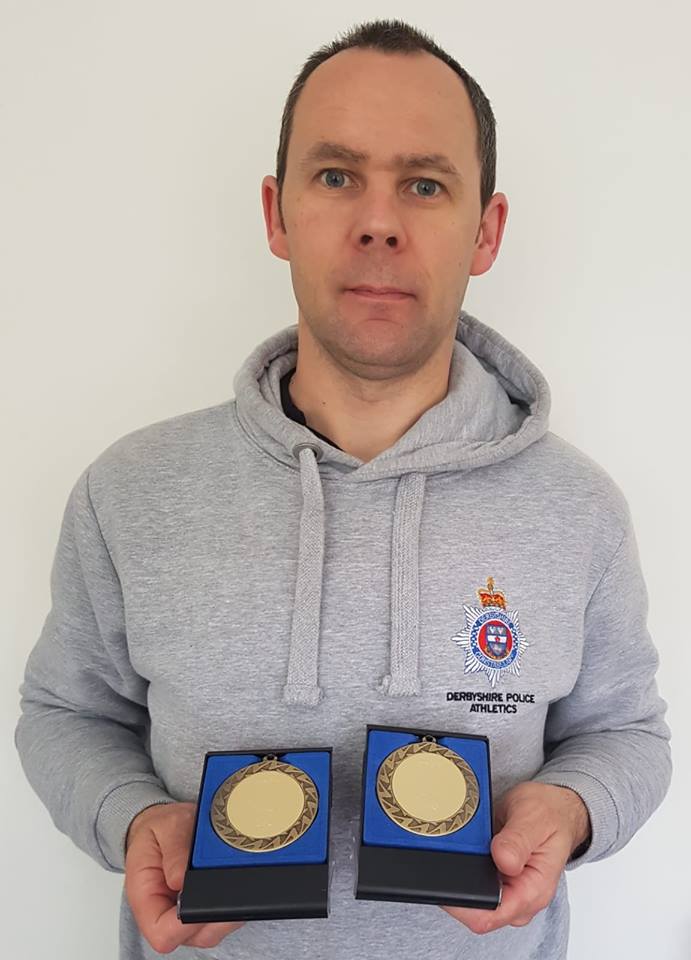 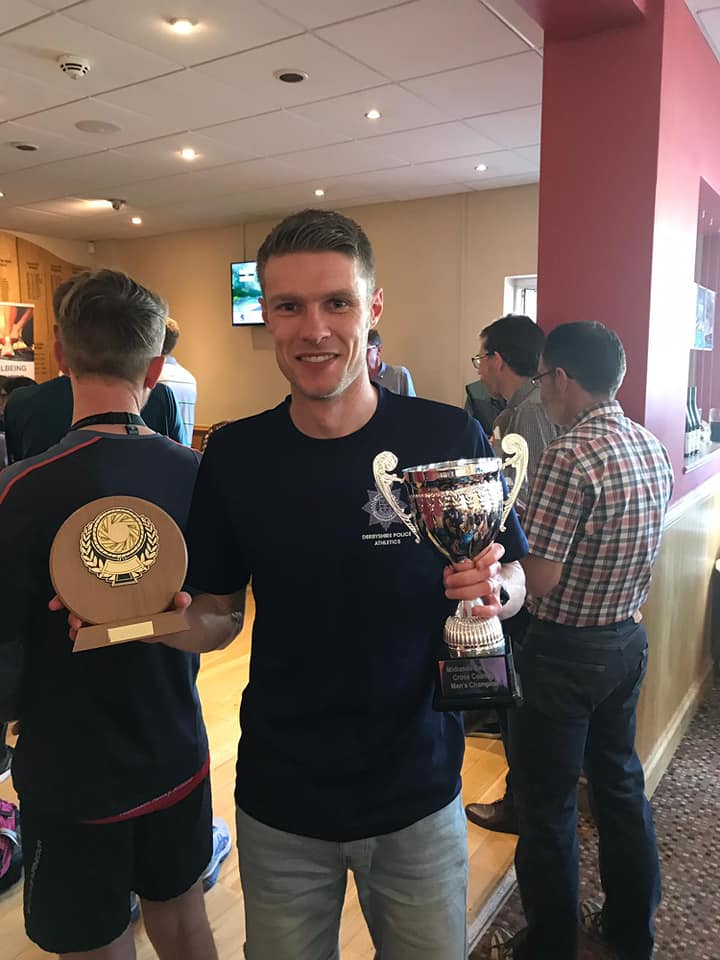 Shaun Bott is presented with the trophy for winning the Midlands Police and Services Cross Country League (March 2019). 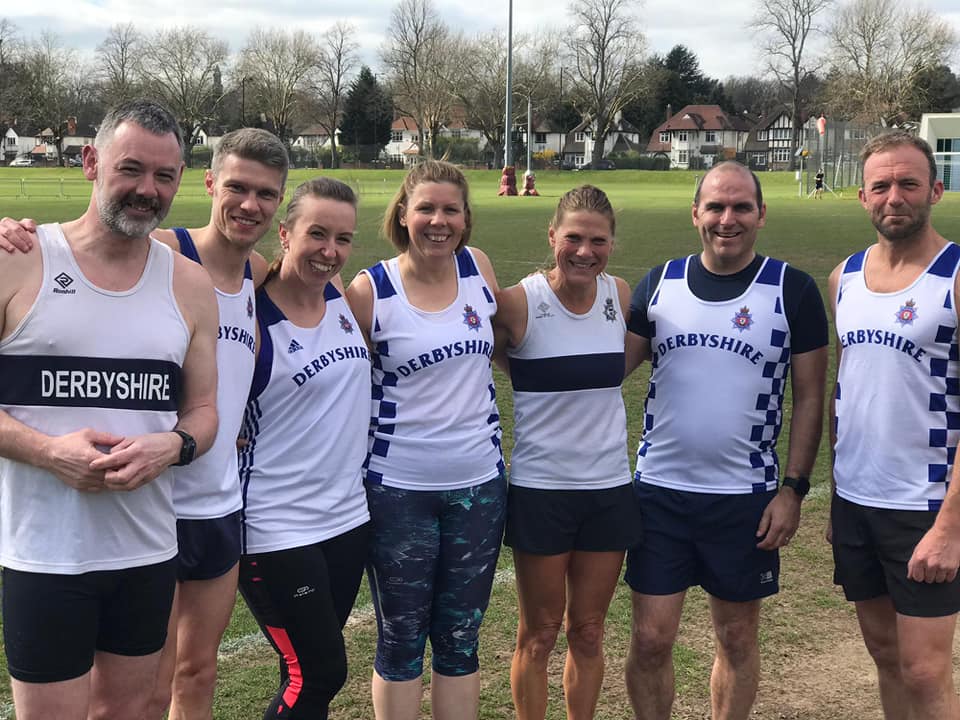 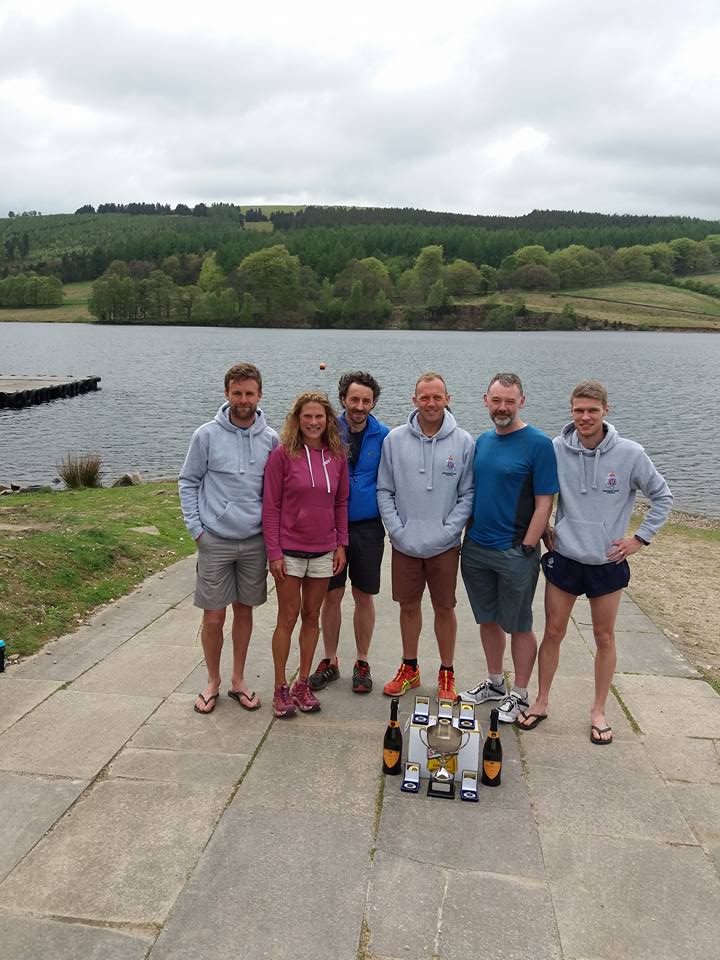