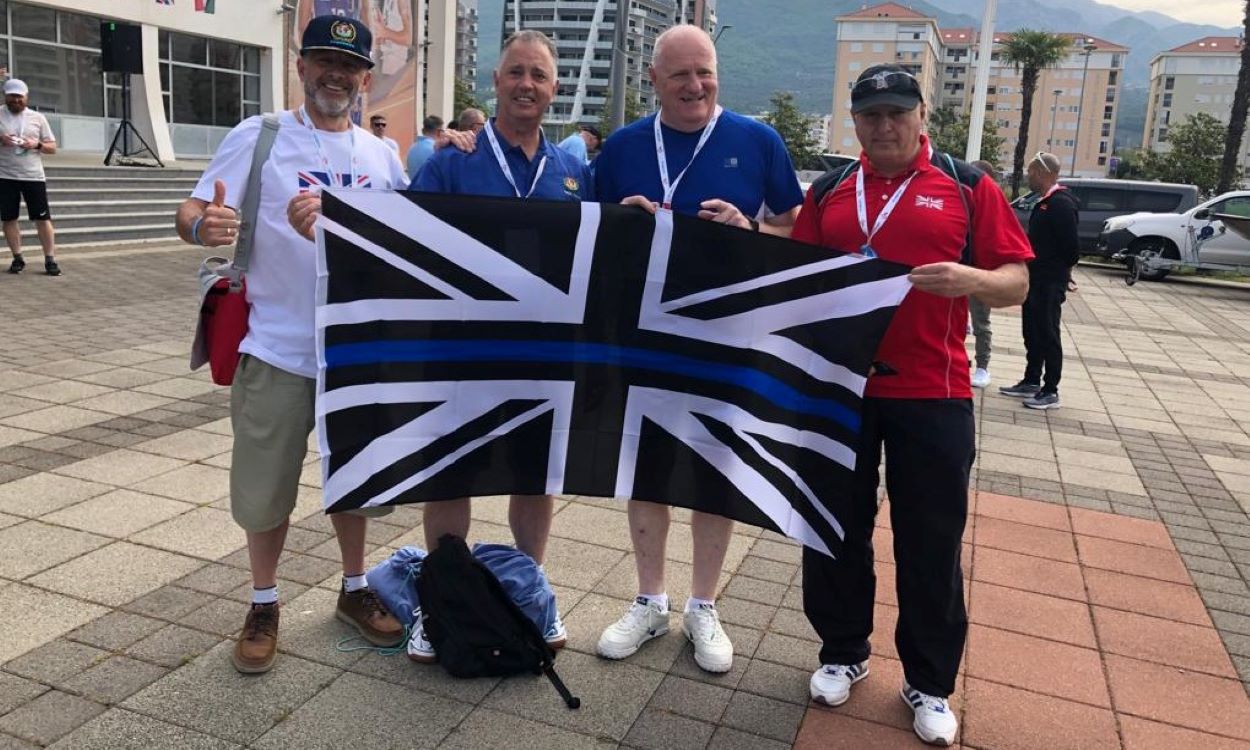 This month the long-awaited second edition of the International Police Association World Games took place in Montenegro. Trust member Brian Collins took part in the games and is here to share his experience.

The second International Police Association World Games were held in the picture postcard coastal town of Bar, Montenegro during the second week of May 2022, delayed due to Covid.

Located on the Adriatic coast, Bar is hemmed in on three sides by towering mountains giving it a quiet and isolated feeling. While Montenegro is a small country in the Balkans, with just 620,000 residents, the welcome they provided was something to behold. 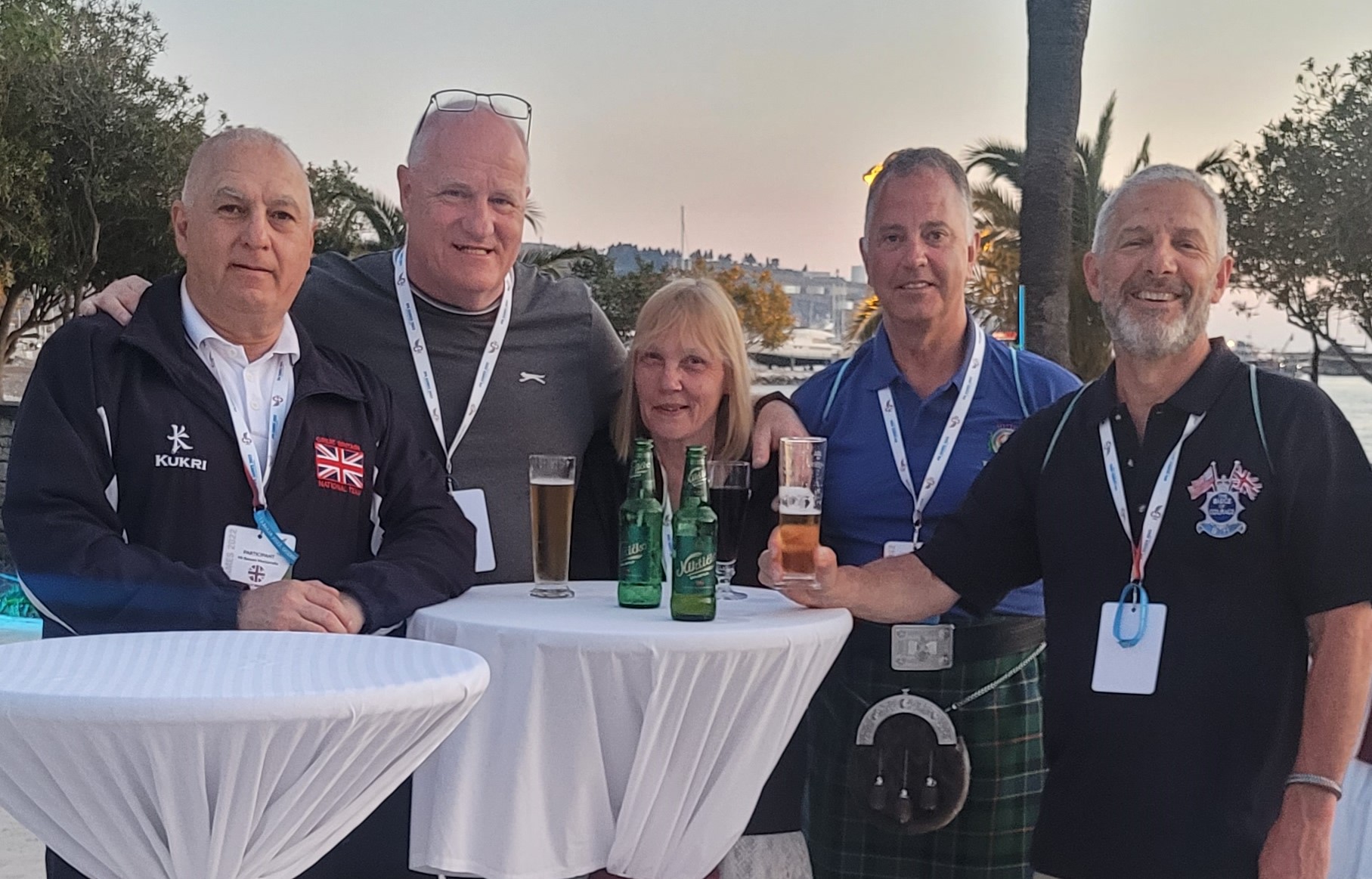 All competitors were met at various airports from Dubrovnik, Croatia to Tiana, Albania, with what could only be described as police escorts! My wife and I were met at Trivet Airport by our driver and two armed officers. Who escorted us to a marked police vehicle and we were driven away from the airport under blue light to the hotel in Bar, 58km away. Much to the shock and interest of our fellow travellers and airport onlookers.

The team were all introduced to Niko Rogosic and his wife. Although a Montenegrin, Niko works for Interpol in the Netherlands. Niko’s wife is also an officer in the Counter Corruption Unit. Niko made sure any query, request or issue was dealt with at the drop of a hat.

Despite being given an English Copy of the schedule and told that the timing needed to be followed, there was a certain “laid back” attitude to what was actually written down in the schedule. 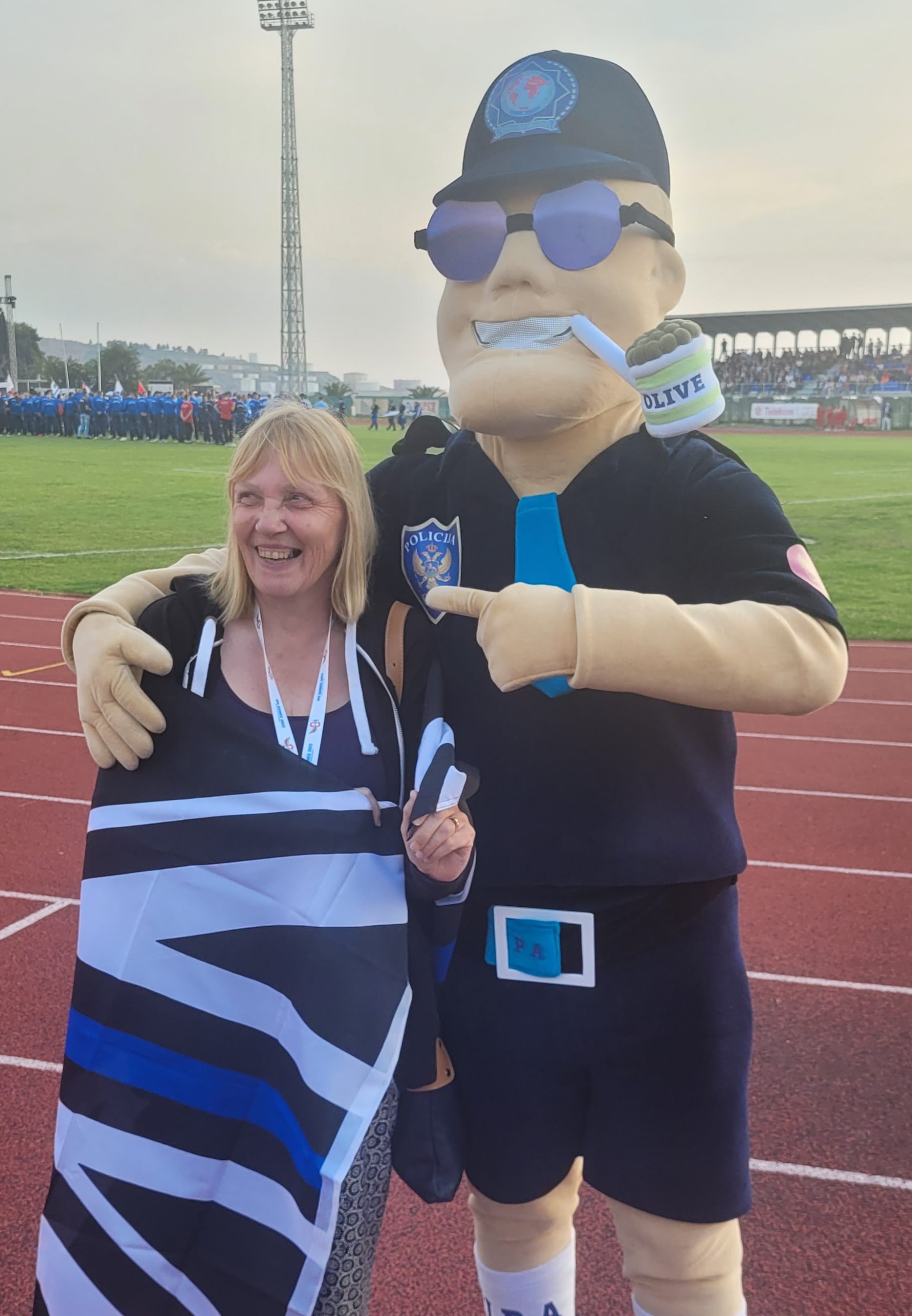 By popular choice Douglas was nominated as team captain, and also thrust into the role of team delegate enjoying the Montenegrin hospitality, without ever quite knowing what was coming next, and also trying to play his part in the table tennis competition.

Day one saw an Olympic style opening ceremony, complete with a parade of athletes through the local football stadium in front of dignitaries. Evening entertainment included parachutists and a rock band which youngsters from the area joined us to enjoy.

The “laid back” timings continued on day one of competition. Despite the programme stating that the team event allowed two hours for each match, all three matches were completed by lunchtime.

Team GB were grouped with Germany, Romania, and Montenegro 1. A formidable group with strong favourites, Romania (who had a total of 51 competitors at the event). Each match consisted of six singles and 1 doubles game, with the first to four wins declared victors of the tie.

Our team started with a comfortable 4-1 victory over beleaguered Germany who could only field two players until their delegate volunteered to play having last picked up a paddle in 1972!

Despite a valiant effort with Bass and Brian picking up wins, Montenegro and Romania both proved too strong for us to progress.

Day two saw the individual events, something we were not aware of in advance and was not in the schedule at all. I had to play my first-round game against a Montenegrin but Doug had a no show and Bass’s opponent retired due to injury which allowed Bass and Doug to gain a bye.

Sadly, all three competitors fell early in the second round. These first day events took place at a school’s gym hall with players told to walk into, and through the school while lessons were taking place with no challenge for identification or security.

The second day saw Andrew Amos in action with the 5km run. The event was split into age groups and again the “laid back” 10.00am start became 11.00am, allowing the heat of the day to build to over 20C. Our table-tennis members made their way to the finish line in plenty of time to see Andrew home, encouraged by Bass who I’m sure was a drill instructor in a former life.

Andrew, despite carrying a slight ankle injury, finished in a time of 30:30 in 10th place and 83rd overall, an excellent result.

With competition over, the rest of day three was spent relaxing in the warm Montenegrin sunshine and enjoying the tours to local places of interest and tourist attractions by our kind hosts.

On the final day, delegates were given a demonstration of Inter-agency working with a display of anti-drug smuggling, and a simulation of a ship fire at the harbour. This involved local emergency services, coastguard, fire-fighting ships, army helicopters, and pollution control.

An olive tree planting ceremony followed this excitement, with delegates from each country planting a tree as a lasting legacy of the games. A final closing ceremony was held at the Hotel Princess, where gifts from each country were exchanged with the host country, and a prize-giving, proudly watched on by Team UK who ultimately ended the games in 19th place.

All in all, a fantastic experience of an event which is still in its infancy, and shows the strength of the IPA in countries from around Europe and the world.

We are all looking forward to the 2024 IPA Games.