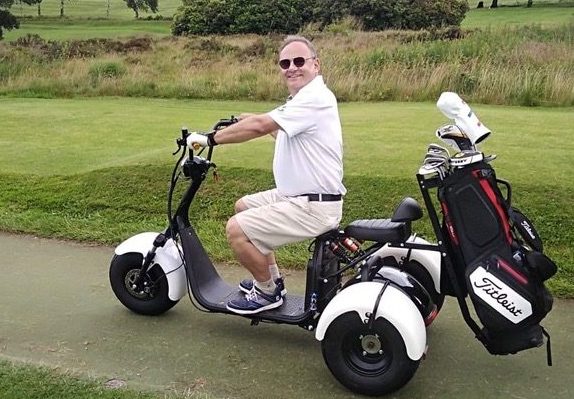 Derbyshire Police Golf Section has been arranging a charity golf day since 2014.

The day is designed to be a celebration of the life of Sergeant John Chapman who died from cancer aged 37 and the golf section works with his family to organise the event with any funds raised going to Weston Park Cancer Charity and Ashgate Hospice.

“John was a superb golfer and was an assistant professional at Matlock Golf Club before joining the police,” says Andy Picken from the golf section, “He was the national police champion and won many national honours while a serving officer.

“We wished to support Ashgate Hospice and Weston Park Hospital who gave incredible support to John and his family throughout his illness.”

The golf day is now also held in memory of Bill Steel who was instrumental in organising the golf day from its inception.

“He was also an incredibly talented golfer, a club captain and County player. Unfortunately, he died suddenly two years ago and the event was changed to recognise his achievements in life and as a superb detective,” Andy adds.

The event is held at Matlock Golf Club and has raised £27,480 which has been donated to the charities in remembrance of both John and Bill.

“This is a special day in our golfing calendar. John and Bill’s family run the Halfway House providing excellent cakes and baked goods and get the chance to meet every single player during the round,” says Andy.

“We arranged free hole in one insurance for the event and this added real excitement to all the shorter holes. Any ace would have meant a free ticket to Orlando to play at TPC Sawgrass, the home of The Players Championship – a golfing trip of a life-time.

“We also arranged for the E -Caddy electric golf trike to be available for the players to try. Street legal and capable of 32 mph, ot is fitted with lights, indicators and horns. This was a great addition to the event. It led to a few ‘easy rider’ impressions.”

At the end of the day, the organisers followed tradition with prizes being presented by Oliver, John’s son.

Members of the golf section have extended their thanks to all involved in this event with particular mention to Greg Dexter who deals with all the financial matters.

“His administration of the event over the years has been instrumental in its success. This is his first event as a retiree, having retired recently with 52 years and three months’ service to the Derbyshire Police – some achievement,” Andy explains. 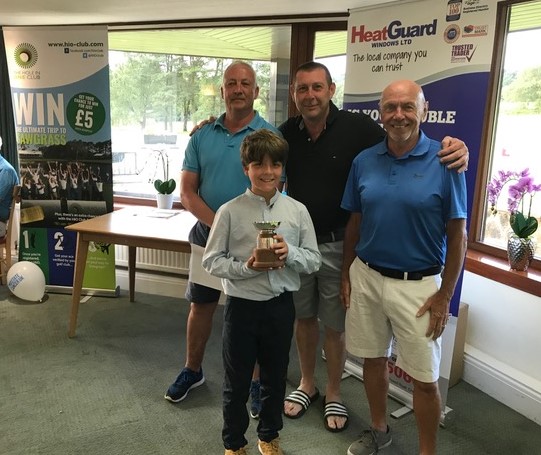 Team Fennah, captained by Neil Fennah (centre), being presented with the Quaiche Trophy by Oliver Chapman.