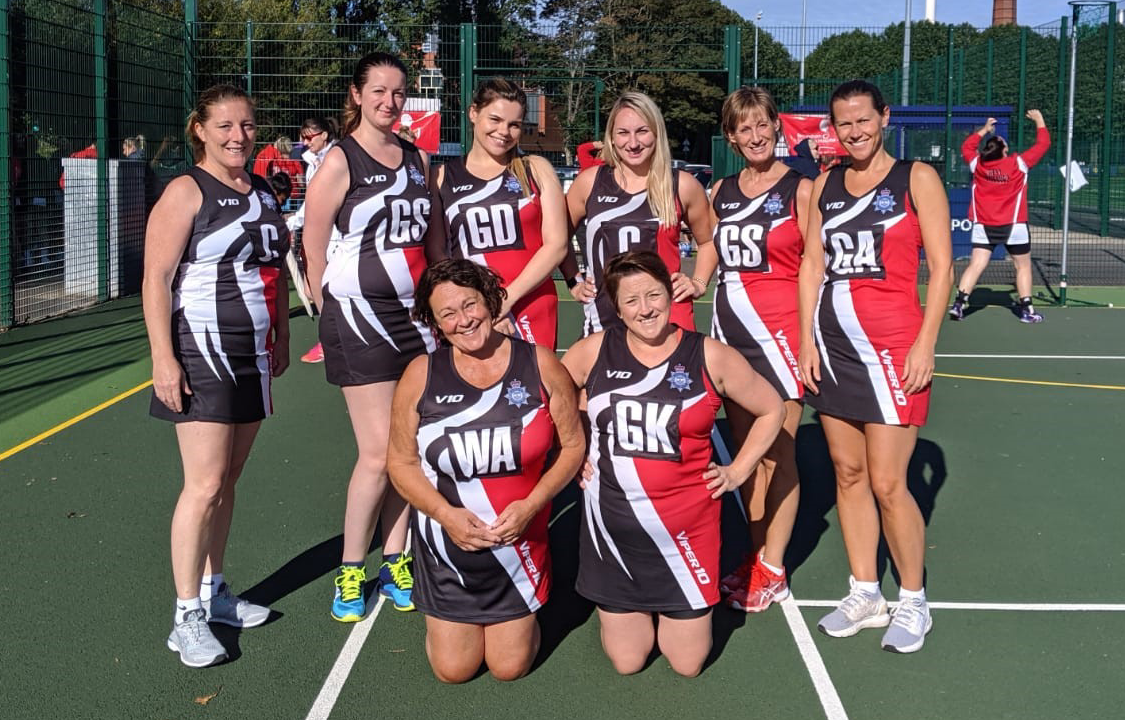 Derbyshire Police took a team of mixed ability players to the PSUK netball tournament in Birmingham.

Despite having never played together as a team, they managed to win two games on Day 1 against Scotland and West Midlands resulting in them being placed in the Bronze Group on Day 2 of the tournament which was held between 31 August and 2 September.

“Feeling positive and encouraged by the performance on Day 1, we entered Day 2 determined to do well,” says team member Sandra Gibbs, “Our first game against Staffordshire resulted in a draw, however, we went on to win the rest of our games leaving us at the top of the group and earning a place in the Bronze Group semi-final v West Midlands.

“Having won that game, we set our sights on the final which we unfortunately lost to Cambridgeshire 10-14. It was a great team effort and a proud moment when we lined up for the presentation of our individual medals and team trophy by the West Midlands Chief Constable Dave Thompson. What a great weekend of competitive sport and camaraderie with colleagues from 25 forces.”

If there are any Derbyshire officers and staff who would like to join the Derbyshire netball team, please get in touch with Laura Sanders (14307).

Next year’s PSUK netball tournament is being held in Edinburgh on 5 and 6 September so plenty of time to get some practice in. 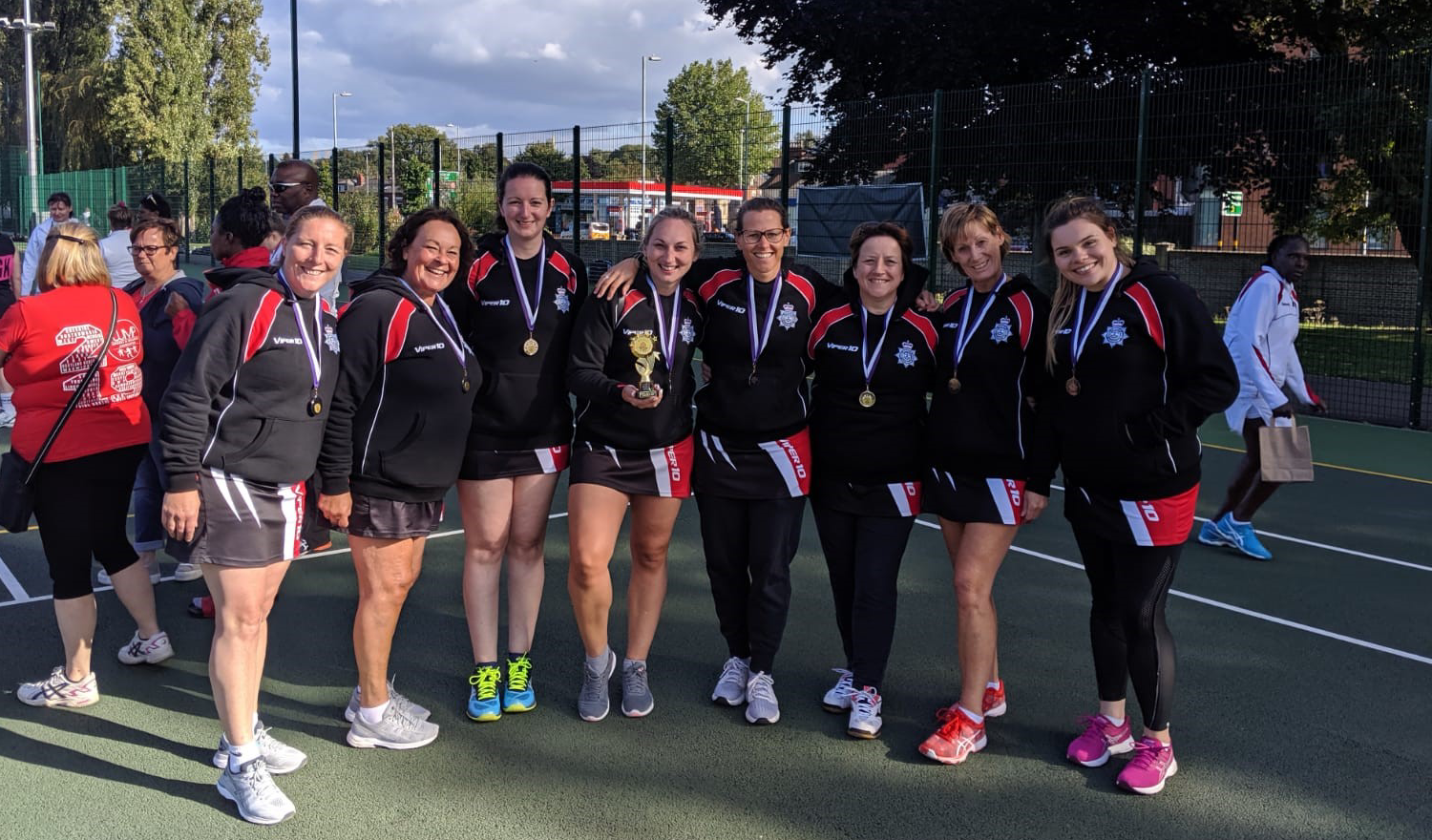 The Derbyshire Police team get their celebrations underway